The ECG interpretation in severe acidosis is difficult. It is thought that acidosis alters the myocyte cell membrane permeability leading to electrolyte shifts across the membrane. Correcting it by bicarbonate administration to patients with severe metabolic acidosis remains controversial especially in diabetic ketoacidosis as it is recommended to give bicarbonate only in case of associated renal insufficiency [1, 2]

Diabetes mellitus is a prevalent disease accounting for many complications; one of the most devastating is DKA following alterations in glucose metabolism caused by infection, injury or myocardial infarction. Early recognition and treatment are required to prevent further damage.

Severe acidosis causes a reduction in myocardial contractility, a fall in cardiac output, and a fall in BP as it slows the intraventricular conduction. Acidemia reduces the binding of norepinephrine to its receptors. It also shifts the oxyhemoglobin curve to the right, allowing more O2 to be released (The Bohr Effect).  A Proton H+ binds to intracellular proteins and extracellular proteins, especially albumin and haemoglobin. Thus, Acidemia may adversely affect cell functions such as enzymatic reactions, ATP generation and fatty acid biosynthesis [3, 4].  On the other hand, Bicarbonate therapy is also associated with an increase in mortality. This has been noted in humans and experimental animals under a variety of acidosis conditions [5, 6].

In general, bicarbonate should be given at an arterial blood pH of ≤7.0. The amount given should be what is calculated to bring the pH up to 7.2. The use of bicarbonate in treating wide QRS complex is well-known only in the setting of antidepressant toxicity by reversing drug-induced sodium channel blockade.

We demonstrate in this case that giving bicarbonate remains a useful approach in order to provide the needed treatment in the setting of late stage DKA and wide QRS complex without antidepressant toxicity. 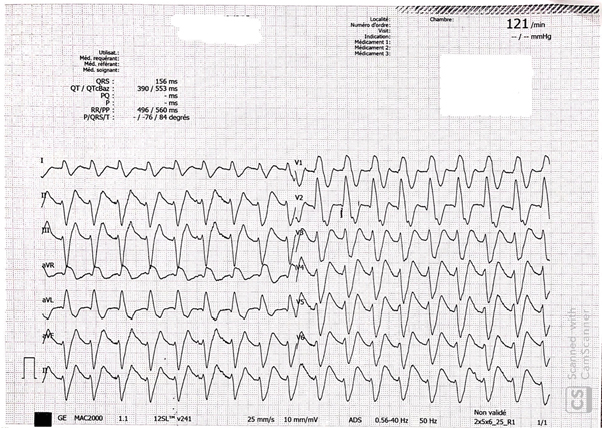 Figure 1: The First ECG Revealing Large QRS Complexes with a Ventricular Rate of 121, No ST-Segment Changes Could be Appreciated. 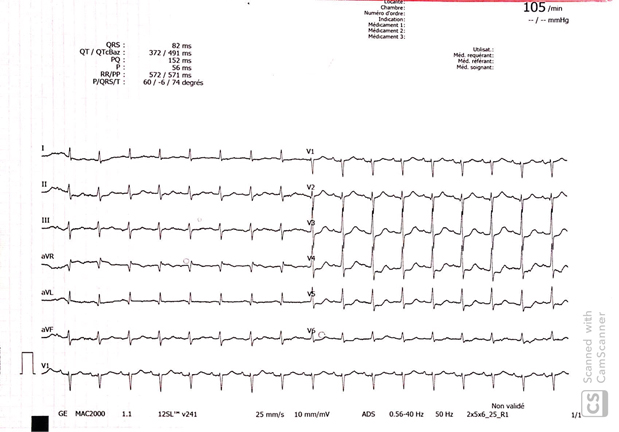 Figure 2: Normalization of QRS Complex Width And Unveiling An ST-Segment Elevation In Avr > 2 Mm And ST Depression In V3 To V6 And Inferior Leads. 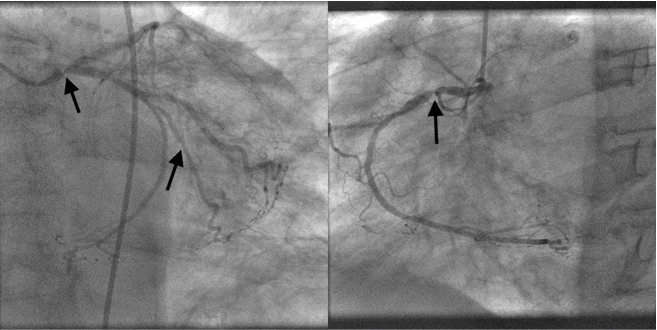 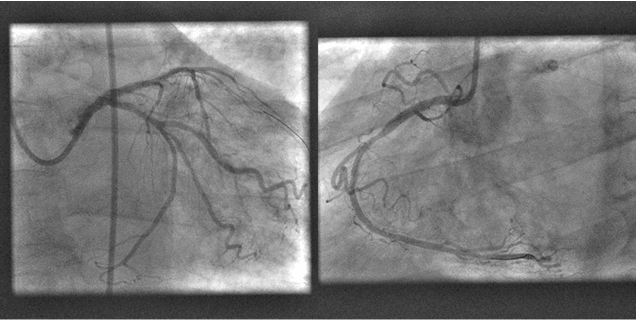 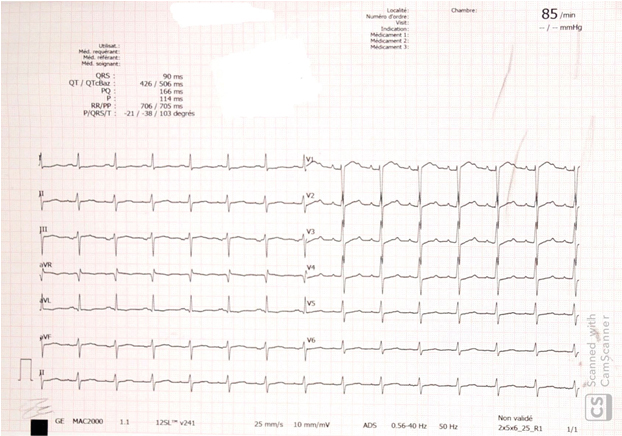 The specific ECG changes of severe acidosis are challenging. B y searching PubMed and Google Scholar, varying ECG changes in patients with DKA were described in literature mostly related to hyperkalemia such as ST-segment elevation or depression, tall T waves, U waves and widening QRS [7] complicating its relevance in cases of severe late stage acidosis with normokalaemia.

Pseudo-infarction is a term used in literature referring to ECG resembling infarction with normal myocardium in patients with DKA [8] whereas true myocardial infarctions mostly affect the conduction system i.e. LBBB, RBBB, AV block, or NSIVCD [9]. This case highlights the potential masking effect of severe acidosis by slowing the action potential propagation at the level of myocytes as well as prolonging QTc that occurs frequently during DKA and its correlation with acidosis [10] making it challenging per se to determine if there is underlying ischemic changes. Table 1 The degree of this effect differs depending on the amount and duration of acidosis and tends to resolve with the resolution of acidosis in addition to an increased mortality rate to the degree of acidosis [11]. 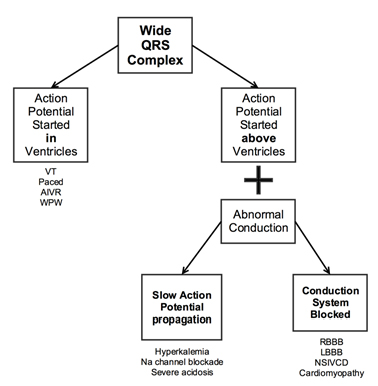 Limiting the use of Bicarbonates in diabetic ketoacidosis for renal insufficiency only is debatable as its impact on regressing the QRS widening in acidosis is vital as demonstrated in this case. Troponins alone are not specific in DKA as high levels appear without acute coronary syndrome [12]. Therefore, Bicarbonates administration with carful usage would be a helpful way to ascertain any undermined anomalies by unmasking hidden ECG changes among patients with no clear symptoms either due to altered mental status or diabetic neuropathy and painless myocardial infarction.

Finally, severe acidosis in DKA could hide ischemic ECG changes, as well as producing a vicious circle that is the infarction leading to acidosis and acidosis altering cardiac cellular function [13] hence rapid correction is needed.

Early detection of any underlying anomaly is critical for successful management. As illustrated in our case, severe acidosis in DKA with normokalaemia should be considered as an independent factor causing conduction abnormalities and masking ischemic changes on ECG especially in the absence of symptoms in hypoalgesia or cognitive impairment.

©2020 Elenizi K. This is an open-access article distributed under the terms of the Creative Commons Attribution License, which permits unrestricted use, distribution, and reproduction in any medium, provided the original author and source are credited.

Figure 1: The First ECG Revealing Large QRS Complexes with a Ventricular Rate of 121, No ST-Segment Changes Could be Appreciated.

Figure 2: Normalization of QRS Complex Width And Unveiling An ST-Segment Elevation In Avr > 2 Mm And ST Depression In V3 To V6 And Inferior Leads.