Background: Acute appendicitis is one of the most common abdominal pains in children. Perforated appendicitis can result in a variety of potentially serious complications. The aim of this study was to evaluate the value of procalcitonin (PCT) and C-reactive protein (CRP) as predictors of appendiceal perforation in children.

Conclusions: Both PCT and CRP are useful markers, and PCT is better than CRP for the diagnosis of perforated appendicitis in children.

Acute appendicitis is one of the most common abdominal pains in children [1]. The diagnosis of acute appendicitis in children is a challenge as many children with acute appendicitis do not have typical clinical manifestation [2-3]. Furthermore, younger children, especially infants, usually cannot describe pain and many of them just have some nonspecific signs such as irritability, anorexia and lethargy [4]. The initial misdiagnosis rate in children is very high, ranging from 28% to 57% for older children and nearly 100% for those two years or younger [5]. The delay in the diagnosis of an acute appendicitis can result in increased risk of perforation. The rate of perforated appendicitis varies from 5% to 75% and can even reach 100% for those who are less than one year of age [6]. Perforated appendicitis can result in a variety of potentially serious complications such as bacterial peritonitis, small bowel obstruction, and abdominal abscess formation. This leads to a longer hospital stay and higher mortality rate [7]. Therefore, it is very important for pediatric surgeons to improve preoperative diagnosis rate of perforated appendicitis accurately. Several previous studies have evaluated C-reactive Protein (CRP), Procalcitonin (PCT), and White Blood Count (WBC) for predicting the severity of acute appendicitis [8-9]. In this study we performed a retrospective chart review of 201 children with histologically confirmed acute appendicitis in whom biochemical markers were routinely tested before surgery. We expected to evaluate the role of C-reactive protein, Procalcitonin (PCT), and White Blood Count (WBC) in predicting an appendix perforation.

All children less than 15 years old admitted between January 2015 and January 2018 were screened in the study. Patients were included in the study if they had appendectomies (laparoscopic or open) and histopathological findings consistent with acute appendicitis. However, patients were deemed ineligible if they had appendiceal abscess or under ant biotherapy in the study. The initial diagnosis was based on the patient's symptoms and abdominal examination and it was confirmed by pathological report after surgery in all of them. The preliminary diagnosis of appendiceal perforation was made by the surgeon on the basis of macroscopy appearance and all cases that were identified as having a macroscopic perforation were sent for pathological confirmation. After a retrospective chart review, 201 consecutive patients were enrolled in the study. Routine preoperative C-reactive protein, procalcitonin, and white blood count for patients undergoing appendectomy were collected and analyzed. The normal range of procalcitonin levels is between 0 and 0.46 ng/ml. Normal value of WBC and CRP were defined as 4.0/nL to 12.0/nL and less than 8.0 mg/L, respectively.

SPSS Version 20.0 was applied for statistical analysis. Mean values and SD were calculated for WBC, CRP, and PCT levels. The data distribution was assessed by the Kolmogorov-Smirnov test. For normal distributed data, Student’s t test was used to compare the perforated and non-perforated groups. For non-normal data distribution, the Kruskal–Wallis test was used instead. A multivariate logistic regression analysis was performed to identify variables that were associated with perforated appendicitis. The independent variables of interest were age, PCT, WBC, and CRP. In addition, calculation of sensitivity, specificity, negative predictive value, and positive predictive value of PCT, WBC, and CRP as predictors for appendiceal perforation was included in data analysis. Statistical significance was set at the 5% level (2-sided). 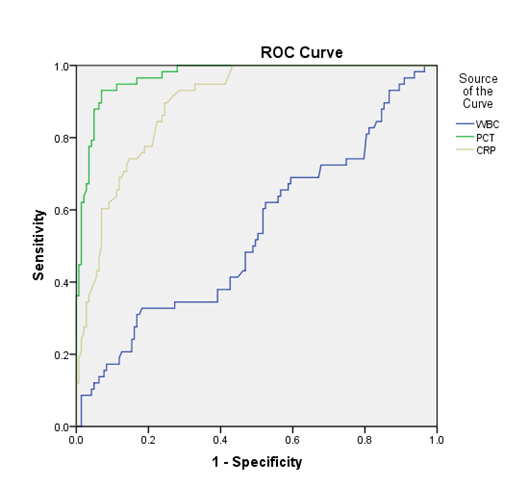 Table 1. Details of laboratory values in perforated and non-perforated children in the present study

Table 3. The highest sum of sensitivity and specificity for WBC, CRP and Procalcitonin(PCT)

Procalcitonin is constitutively secreted by the K cells of the lungs and the C cells of the thyroid gland, and PCT level always increases with severity of infection in children [11-12]. Unlike CRP and some other biomarkers, the PCT level does not raise with viral infection or sterile inflammation in patients [13]. Therefore, PCT can be used as an important marker of bacterial infection, such as sepsis, wound infection and acute appendicitis. Several studies have shown PCT was an excellent marker of severe bacterial infection. For example, the level of plasma PCT is significantly higher in the infection of renal parenchyma than lower urinary tract infection [14]. Besides, because of its high sensitivity and specificity, PCT has even been applied to predict the surgical wound infection after heart surgery [15]. Although PCT has a lower diagnostic value for diagnosing acute appendicitis compared with other markers such as CRP or WBC [16-18], several studies have suggested that PCT was a useful marker for predicting complicated appendicitis [18-19]. Yu et al. conducted a systematic review on the diagnostic accuracy of PCT, CRP, and WBC from seven studies, which shown that PCT had the highest diagnostic value for complicated appendicitis [18]. In a research made by Kafetzis et al. [19], PCT level >0.5 ng/ml was found to have a predictive value for the diagnosis of appendiceal perforation or gangrene with a sensitivity of 73.4% and a specificity of 94.6% in children. Our results were basically consistent with those in that report.

Our work had several limitations. Firstly, this study is a retrospective study, and surgeons were not blind to the laboratory values before surgery. Secondly, it is hard to get the complete blood test results for each patient, which reduced the number of patients available for our study. Thirdly, we did not analyze the histological results of the non-perforated group and the definition of the stages of appendicitis varies in the literature [20-21]. Lastly, our study had difficulty in identifying the relationship between the blood tests and the subsequent complications such as peritonitis, abscesses, and/or intestinal obstruction.

The authors report no conflicts of interest in this work.

This article does not contain any studies with human participants or animals performed by any of the authors.

© 2019 Liu W, et al. This is an open-access article distributed under the terms of the Creative Commons Attribution License, which permits unrestricted use, distribution, and reproduction in any medium, provided the original author and source are credited.

Table 1. Details of laboratory values in perforated and non-perforated children in the present study

Table 3. The highest sum of sensitivity and specificity for WBC, CRP and Procalcitonin(PCT)